Where is the most fitting place to build it? General What's your favorite month? Gaming Nintendo says Joycon drift isn't a real problem.

Gaming Achievement systems. I had to drew my oc again and try to make it more fit to the mlp style. The Maud Couple.

Let me tell you about it, my crowd. I guess the big thing that happened this week is medical stuff. My health insurance doesn't want to pay for a CAT Scan.

I got some lab work done on Friday, so maybe that will be enough to convince my health insurance to pay for it. If not, then I may have to either consider paying out-of-pocket for my medical expenses, or I may have to put a stop to all the progress I've made so far.

Either way, I am now tightening my belt on all my finances, cutting corners where I can to save money. At least some good things happened this week!

I was given artwork of my OC, mother gave me an early birthday gift trench coat , and I reactivated the service on my cell phone.

I guess compiling 15 episodes worth of information is harder than I thought it would be, especially when I am having to rewrite the info so it all reads better.

But it's up, and I can begin working on the next blog entry, which is notes for the last 16 episodes. My window was broken by a neighbor's kid.

I'll have to get that fixed, even if I don't have the money for it right now. My mother is about to lose her renter, so that will mean she'll be going a while without additional income.

My arm has been feeling weird since I drew blood on Friday. Long story short, there has been so many incidental things happening that this week I just finished was not a good one.

I'm sorry, my crowd! I promise, I'll do a better job this week. I'll schedule my time better, somehow. In related news, I am almost done with Decade!

I should have been done by now, but that last blog entry really slowed me down. Good thing is, I'm only one episode and one movie away from being finished.

That will definitely give me more free time to catch up on other things. Like I said before, the next blog entry will cover the last 16 episodes, so that might also take a while to write up.

But it's all coming together really nice, and end goals are finally in sight! After getting to know Saber and learning to trust him, Buster became a way more enjoyable character.

However, it seems like all kinds of characters are coming out of the wood-works all at once! Short for Disaster, maybe? With his reputation of slaughtering other swordsmen, could it be that all of the previous ones only had one Wonder Ride Book each?

Might explain why this one monster defeated so many. Talk about an plot bomb. So much happened that really should have been spread out over the last few filler episodes to make this one easier to follow.

We have the hunt for two granterstones, a new general that can make the Muddies into zombies, and a plan to make a wormhole tunnel that connects Yodonheim to Earth.

Emperor Yodon, secretary Yodonna, the land of Yodonheim That's it for now, my crowd. Take care, and keep winning combinations in mind. Over the past few years, I've learned about these underground, 3rd party, off-brand consoles that sort of act like these mega consoles.

Basically, they can read and play a bunch of different games all at once, they can use memory cards and save-states, etc.

The latest thing that I have discovered is the Polymega. The best thing is that this off-brand mega console seems to be just as smart and high tech as anything coming out right now.

Midnight Danny Good morning everypony! Hope you have a wonderful day for all of you! Now time to drink some tea, yaaay! Passion Never again shall I go to so called "haunted house".

Low budged effort I guess. WWolf You ever wonder who has your social security number plus or minus 1? Good morning everypony!

Let's make our day a great one! AppleButt So my sister and I went to that haunted road and But anyway. Goodnight guys! DivineNightmare The maker of the Tempest plushie just contacted me and said that the plushie will be here by the end of the month Falling over Hand sanitizer You are now aware that Godzilla and Smells like Teen Spirit have the same riff.

Awww, I was about to make that joke! Yeah, that's all of the stuff in there I actually know about Get your candy on, Equestria!

November 1st - All Souls Night. Leave treats out for those who've passed beyond the Veil. November 7th - Peace Observance, join in the feast at Town Hall to celebrate the coming of winter.

Sorry about the wait, there was a technical mishap involving some chickens and a several hundered pounds of silk, but long story short the embroider team finished the badges!

This years winner was Falcon Firelight! Everypony stamp your hooves in congratulations! The runner up was none other than Derpy Hooves!

Good job Derpy! Everypony else who submitted their scores regardless of their placings will receive a ribbon for participation.

If you did not receive one then you did not submit your score orrrrr I lost it in the pile of silk and feathers. Send me a PUB and I'll get back to you if this is the case.

Ribbon base designed by SapphireNight. It's over. Now clean up this mess. I'm just kidding, hope you had fun this week! Now that the event has come to a close, we're going to start deciding who the winner is and award badges to everyone and special ones to those who participated the most.

Please submit your scores to Celestia via PUB. Include all the relevent information. You may submit scores for multiple characters seperately or submit all your points for a single character.

Just be sure to include all the information for each point. Please submit your score by the 26th of July. Scores turned in later will get participation badges but won't be considerd for winning places.

When you've chosen the character you would like to have your badge made for, and have the total points sent to me please wait a few days so that all points can be tallied, and compared to each other.

When the winners have been awarded, they will recieve their badges. All participants will recieve badges as well. If your characters don't have a picture yet, hoof it over to Pony Creator and get one or get a quick commission, since your badge would look very silly without one.

Note: if you ever get personal artwork done at a later date, and want your badge updated, it won't be a problem!

Hope you like the colour green, and having lots of it all over your face because it's time for Green Week all over again! The event will start on the 13th Of July from dawn and end on the dusk of the 19th of July.

What is Green Week? This glorious event is a week long mayhem where participating ponies load up their water pistols and spray each other with generous amounts of green dye!

Yup, that's it. Sounds like fun right? Of course it does. How do I win? Slow down there! Points are scored in this event not by spraying the most ponies, but by being sprayed by the most ponies.

But I don't like green dye! That's not really a question but if you don't wish to participate in Green Week that's okay!

Anypony is free to stay out of the madness. Only ponies seen carrying water pistols or wearing a green bandana will be considered participating and anypony else in the same boat is free to open fire!

No portions of fillydelphia. All artwork is copyrighted their respective owner unless stated otherwise. Please Register for fillydelphia or Login.

It's Wintertime once again in Equestria! Event Data:. Mon, - Sun,

Friendship chat MLP (On The road to friendship) 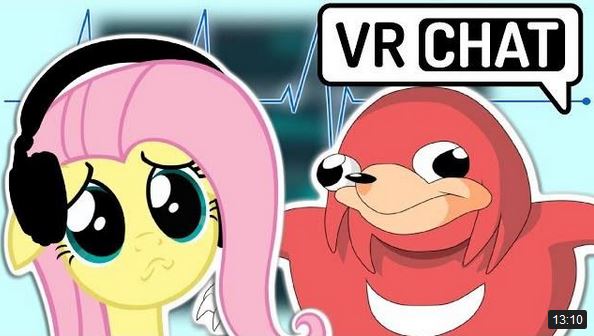